University of Adelaide researchers reported a recent discovery regarding naturopath medicines in Australia. For every five naturopathic medicines, one of those is not approved by the TGA. The reason for the approval rate, or lack their of, was due to potentially hazardous ingredients found in the medications or supplements. The shocking fact about this discovery was not the denial of the supplements and medications, but in the high risk found in those medications approved by TGA.

The studies by the University found that over 60% of the medications approved by TGA were drastically different from what TGA considers to be sanctioned ingredients. This leads many to the question of the real risk of approved naturopath medicines.

The first question you should ask is what passes for TGA approval. The approval ratings are based on data, research, and success ratings of the medication. The quality assurance is in the manufacturing stage and does not necessarily always look at what ingredients are used. If the ingredients pass the legal guidelines for acceptable medical options, then the attention focuses on the ability of the medicine to work on the illness and the quality of the manufacturing. This has led to several questions regarding the ingredients that are approved and if they take a backseat in the approval process.

What are the Risks?

The approved medications had several issues. Over 60% showed drastic differences in various forms. The first difference was found with the concentration of ingredients. Some of the medications showed very different concentrations in the drugs versus what is sanctioned by the national guidelines. This issue should be caught and prevented during the manufacturing process, but for undisclosed reasons, was not.

The other major issue came in labeling. The labels on these medications had an increased issue of non-compliance when it came to labeling. Labels were wrong, showed invalid concentrations, and in some cases showed much lower concentrations than what actually was found in testing.

These non-compliance, quality assurance, and manufacturing issues have led to questions and concerns regarding the risk of the medications. Though the situation is alarming, the TGA is working on putting in more safeguards to prevent these issues in the future. The public has been advised to discuss all medications, even naturopathic supplements, with a doctor to determine the proper dosage. The next step would be to ensure they are consuming the proper dosage and not simply going with the idea that all natural means 100% safe. 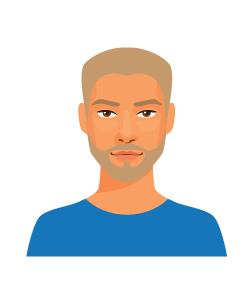 Welcome! My name is Kenny and this is my medical blog. I am not a doctor or nurse, but since being diagnosed with cancer, I have learnt a lot about dealing with the health and medical sector. I began to feel unwell in late 2015. After a visit to my doctor and I was referred to a specialist who diagnosed me with skin cancer. Thankfully, they caught my cancer at a very early stage so after swift treatment I was able to begin my recovery. I learnt so much during this time, I decided to share it with others around the globe.